My name is Hira, I am from a family where women are encouraged to study, but working or going to an office is frowned upon. The women are usually married off early, mainly to affluent men. The men are considered the breadwinner of the family and are supposed to provide for the women in their lives. Ever since I was a kid, I did not like this idea.

Women being deprived of their fundamental rights is common where I am from. I was 13 years old, in school, when I first heard about the tragedy of 14-year-old Malala' death because she believed that women should have the right to be educated and to be honest, I have always had the same beliefs as Malala. I always thought it was weird that my mother was a General Physician but not allowed to work.

Anyways, even as a kid, I was always creative, and art in every form (writing, drawing, music, storytelling, animation, photography, and acting) fascinated me. That was one of the reasons why I chose to study Marketing in college; it challenged me and allowed me to be creative.

I recently got a chance to work for a sanitary napkin company’s experiential marketing campaign, and I realized that was something I really enjoyed doing. That campaign took almost every creative medium, fused it all together, and made consumers participate in it - it was wild, and I loved it!

What was your first job and how did you get it?

I was in my 4th semester when the pandemic came - everything was closed, my classes shifted to Zoom, and my plan to get a summer internship at an Insurance firm came to a halt, too, as most companies stopped hiring during the COVID crisis.

I did have some volunteering experience, but that was about it. I knew I could write if given the right opportunity, but I was clueless about where to start. Like most people, most of my time during the lockdown was spent on social media. One day, I was just scrolling through Facebook, looking at some funny memes and tagging my friends, when I thought about exploring the “Jobs” option on the app (before Facebook took the option down).

While scrolling through multiple pyramid schemes and other different scams, I came across a home-based part-time job. The person hiring was looking for someone to handle the messages that his page gets. I opened the page up, it had about 100,000+ likes, and I was like, “Woah!” I applied, but I was sure I would not get it. I mean, why would a person with 100K+ likes hire a sophomore with no experience, right? Wrong! Yes, I was wrong.

I received a message on WhatsApp at about 2 AM and thanks to the pandemic and messed up sleeping schedule, I was still up. The recruiter said that the person he was previously hiring bailed on him, so he urgently needs someone to look at the messages. I agreed. He called me the next day, gave me access to the page, told me about the frequently asked questions, and asked me to download Business Suite.

The job paid PKR 3,000 (16.60 USD) per month, which is too low, but I was ecstatic. I was completely over the book when I received my first paycheck, I could not stop smiling!

Was it a good experience and what lessons did you learn in life from this job?

It was a good experience for maybe the first two months, but I quickly realized that I was being exploited. Even though I did not have prior experience, I did have the right skills.

Other than that, I felt that the employer was often a little creepy and would try to cross professional boundaries. For example, my payment during the second month was delayed, and I reminded him, to which he said that he would pay me if I had dinner with him.

I was taken aback but remained stern and told him no, straight up, and to release my payment as soon as possible. He complied, but I knew I couldn’t work for someone who made me feel uncomfortable.

I was already good at conversing with people and replying to their queries, so I would say that the only thing I learned was that if employers do not respect you, then you have no business working there. Since there was no formal contract between my employer and me, I was able to get out of it without any issues.

This and several other incidents I have heard about have made me realize that there are so many people being exploited, but I kept remembering myself that there are plenty of jobs (or fish) in the sea.

So, the online job search began again! But this time, I was a tad bit more hopeful and confident. I contacted a friend of mine whom I knew was working, sent him my resume, and then forgot about it for a while. After maybe a week, my friend told me that he had a job opening at the digital marketing firm he was working at; again, I was like, “Woah!” - a job in a field I am interested in? Sign me up!

I applied for it. I still remember it was my second online class of Semester 5, and I was focusing on my instructor telling the class about Marketing Management when I got a call from an unknown number. I picked it, and the interviewer asked me if he could take my interview right now.

I usually like to be prepared, but I said, “Sure!”. The interviewer asked me a few questions and was so impressed that he offered me the role right there and then. However, since I did not have any relevant prior experience, the company decided to take me on a 10-day trial. After ten days, I was officially a part of the company.

I learned never to underestimate myself. I went from earning 3,000 PKR to 25,000 PKR a month within 3-4 months, and that was all because I believed in my capabilities.

A word of wisdom for people struggling to get their first job.

One thing I would like to say is, don’t give up. A friend of mine graduated with a Chartered Accountancy degree. She tried super hard, applied for literally hundreds of jobs with no success. One day, she decided to do something that she loves, but didn’t think previously about pursuing it professionally - makeup! She made a public Instagram account, started attending workshops, and soon became a Professional Makeup Artist and is now working with several renowned brands.

Another thing I would like to add is that, it doesn’t matter what you do; you just have to do it very well, and that includes everything, including applying for a job. I know how frustrating it is when companies ask for a cover letter but have that ready. Ensure that all of your proposals, samples, or portfolios are free of grammatical mistakes.

If you aren’t getting a call for an interview, email them or reach out to them on social media. Other than that, try reaching out to a friend or someone else in your network about possible job openings.

Again, if you have done everything you can, and then remember that it is not you. Ensure to maintain your mental health during the whole process, as finding the first job can be extremely daunting. I understand that it is a tough journey, but remember that it will get better from here.

I hope you gained something from this article.

If you have a story about your first job that you would like to see on this site contact us today and let us know! 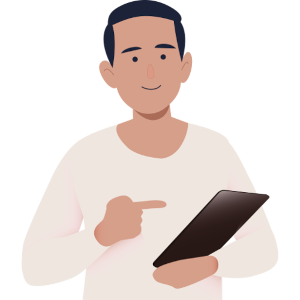 Don't miss out on the Get Your First Job Podcast. Freelancers share the hardships of the freelancing journey and experienced freelancers give their hints and tips and answer your questions.

By using this website, you agree to our use of cookies. We use cookies to provide necessary site functionality and provide you with a great experience.

Thank you for commenting

Your comment is awaiting moderation, and will be published as soon as it has been approved

Your message has been successfully sent

Your form has been submitted. Please check your email for a copy of your responses. If you're accepted, you'll receive an email with a link to checkout.